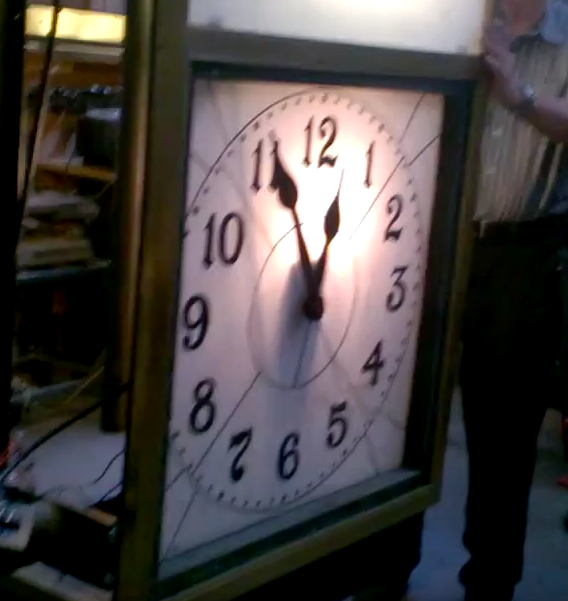 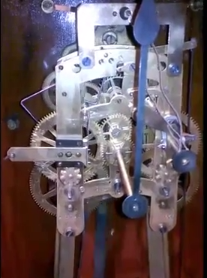 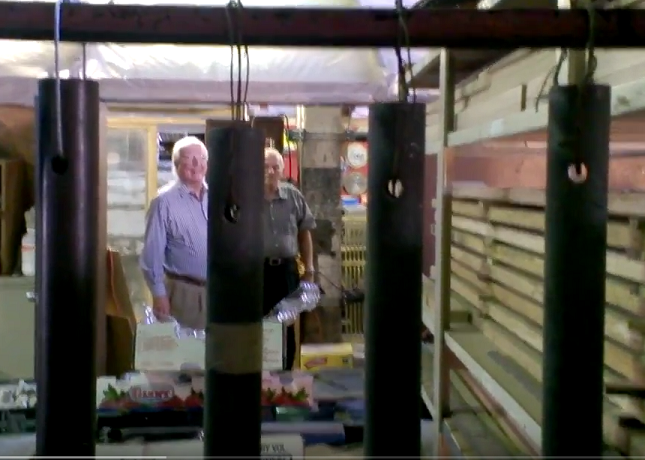 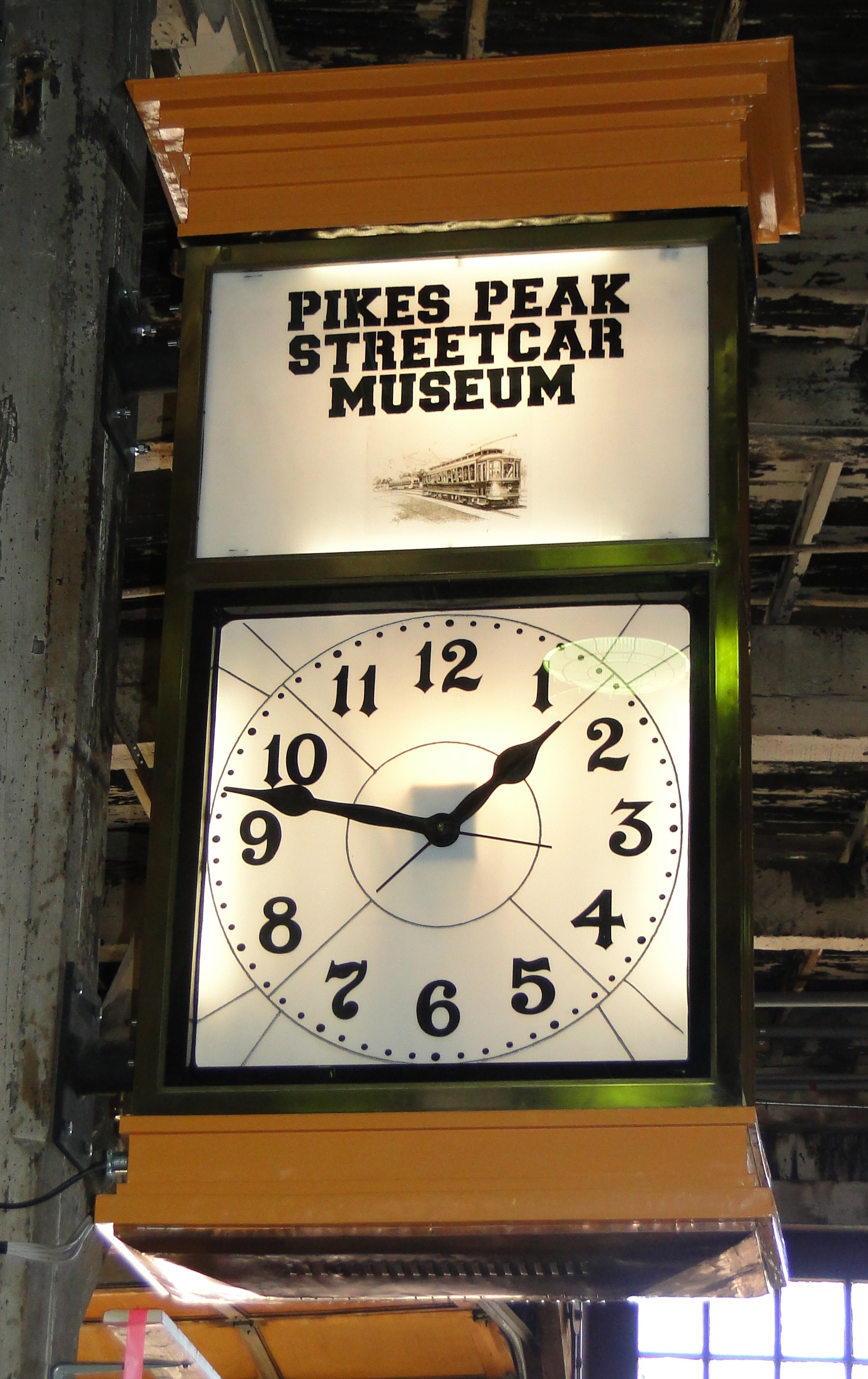 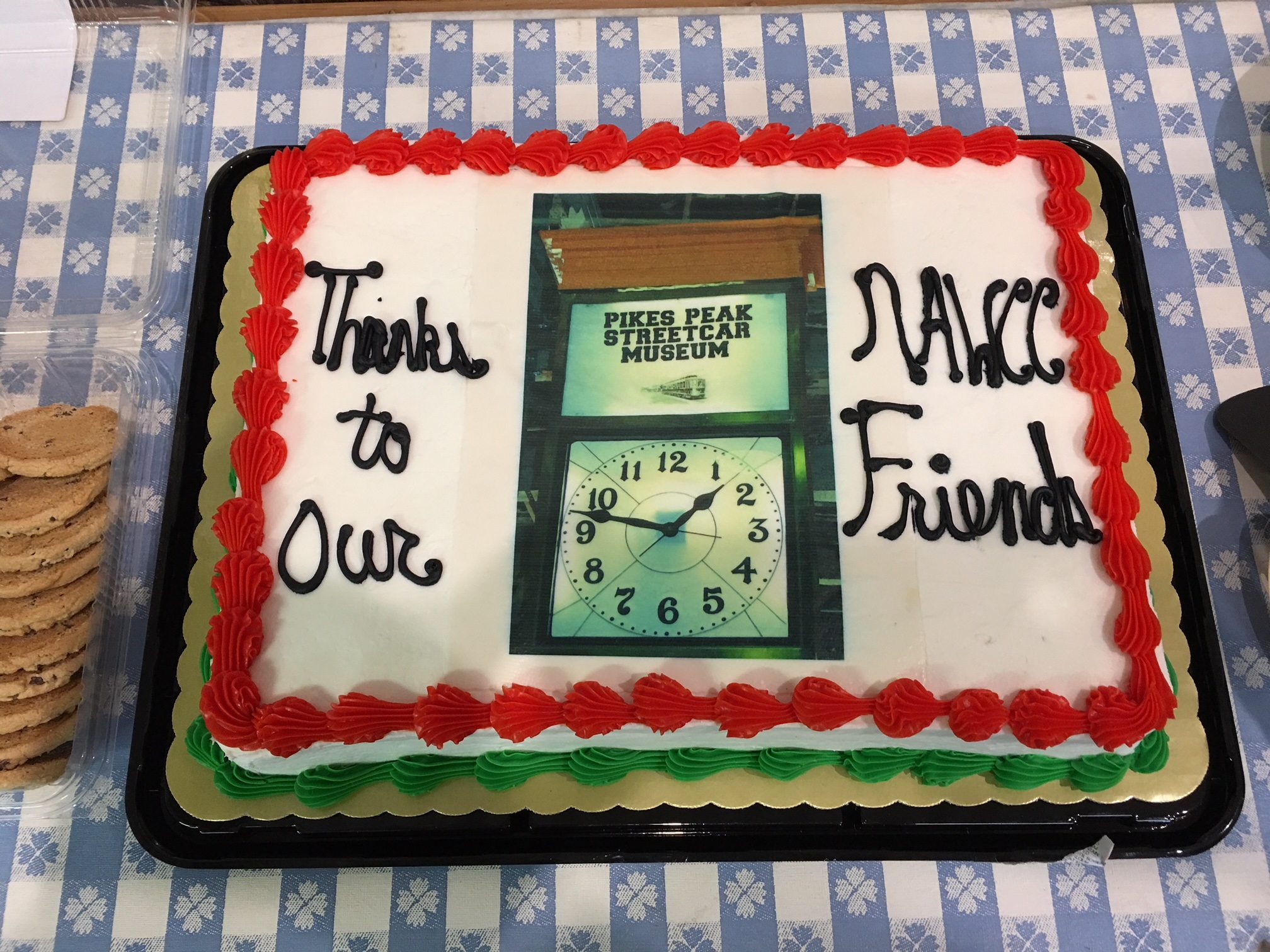 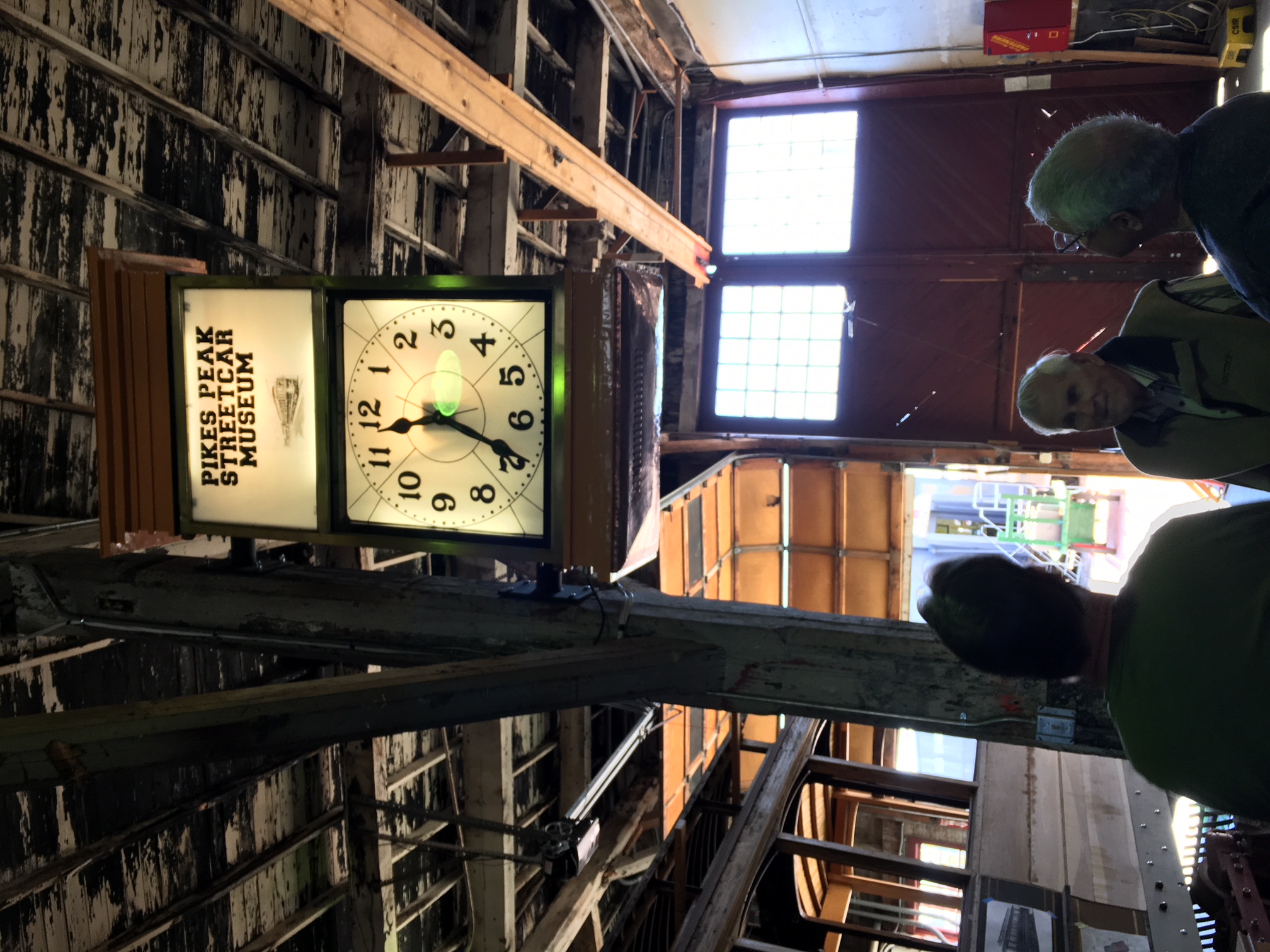 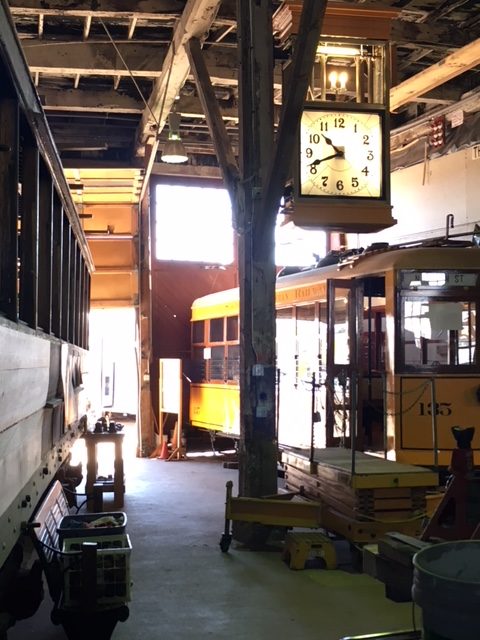 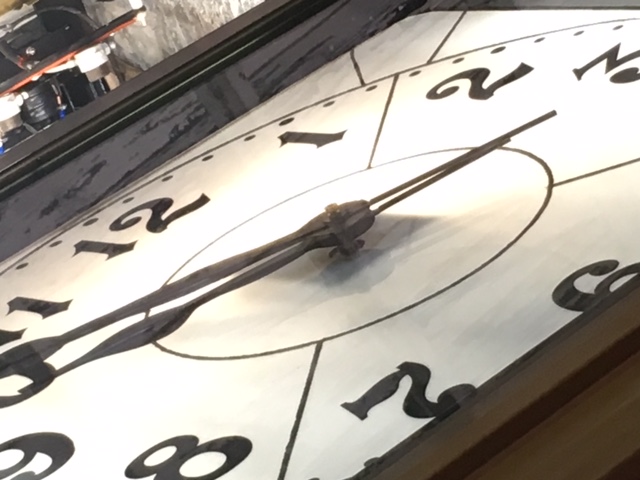 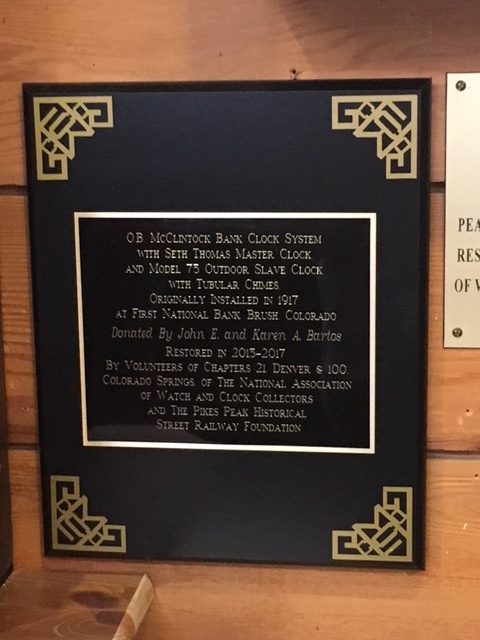 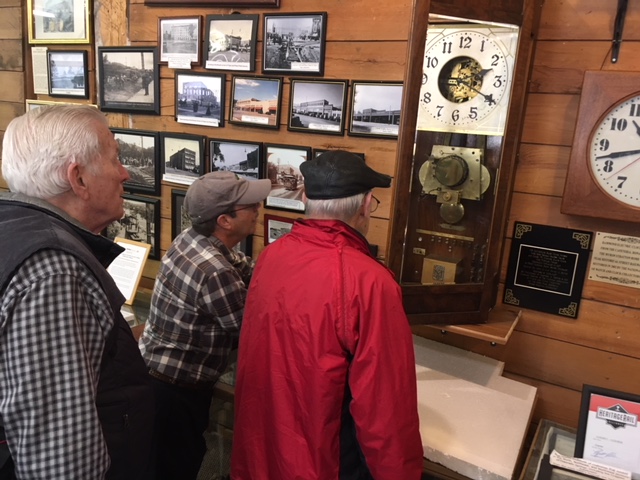 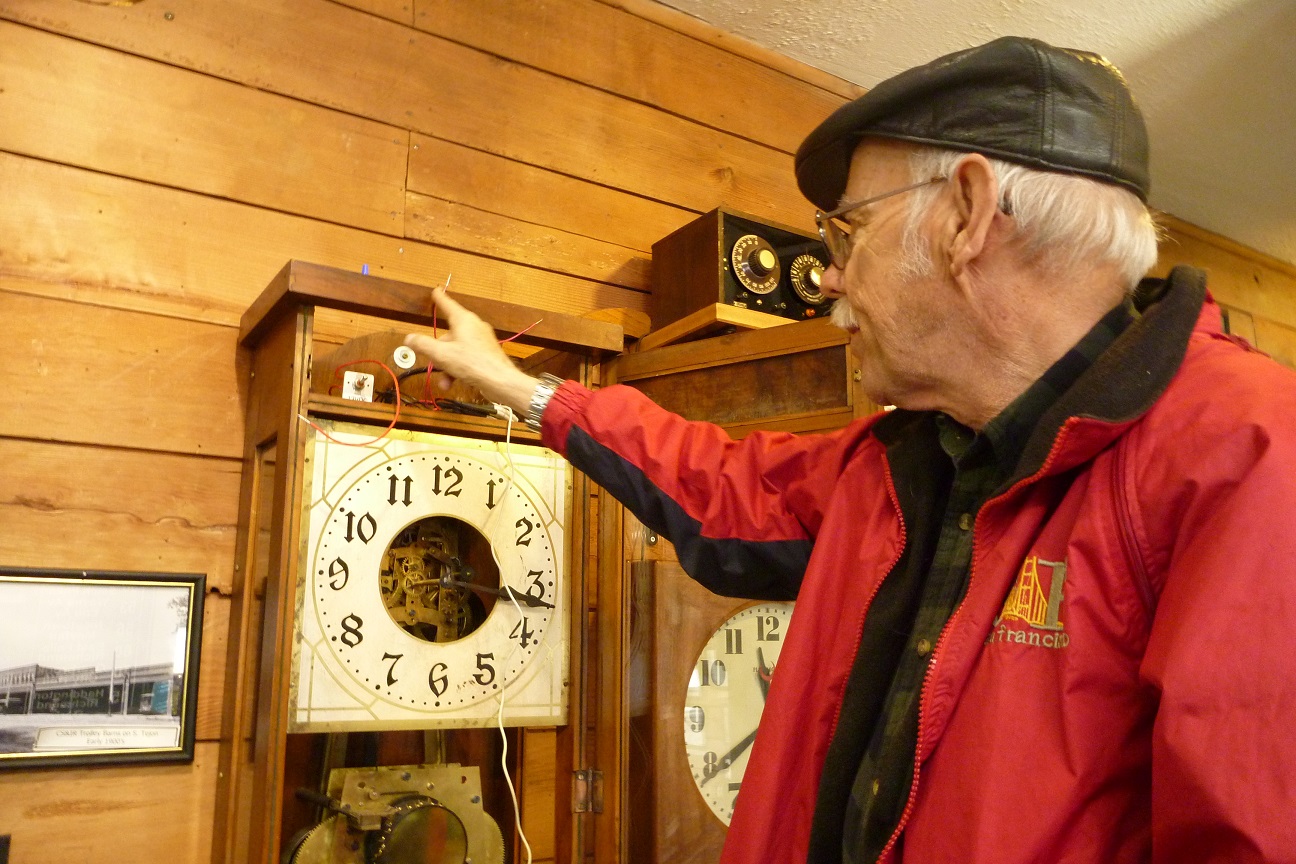 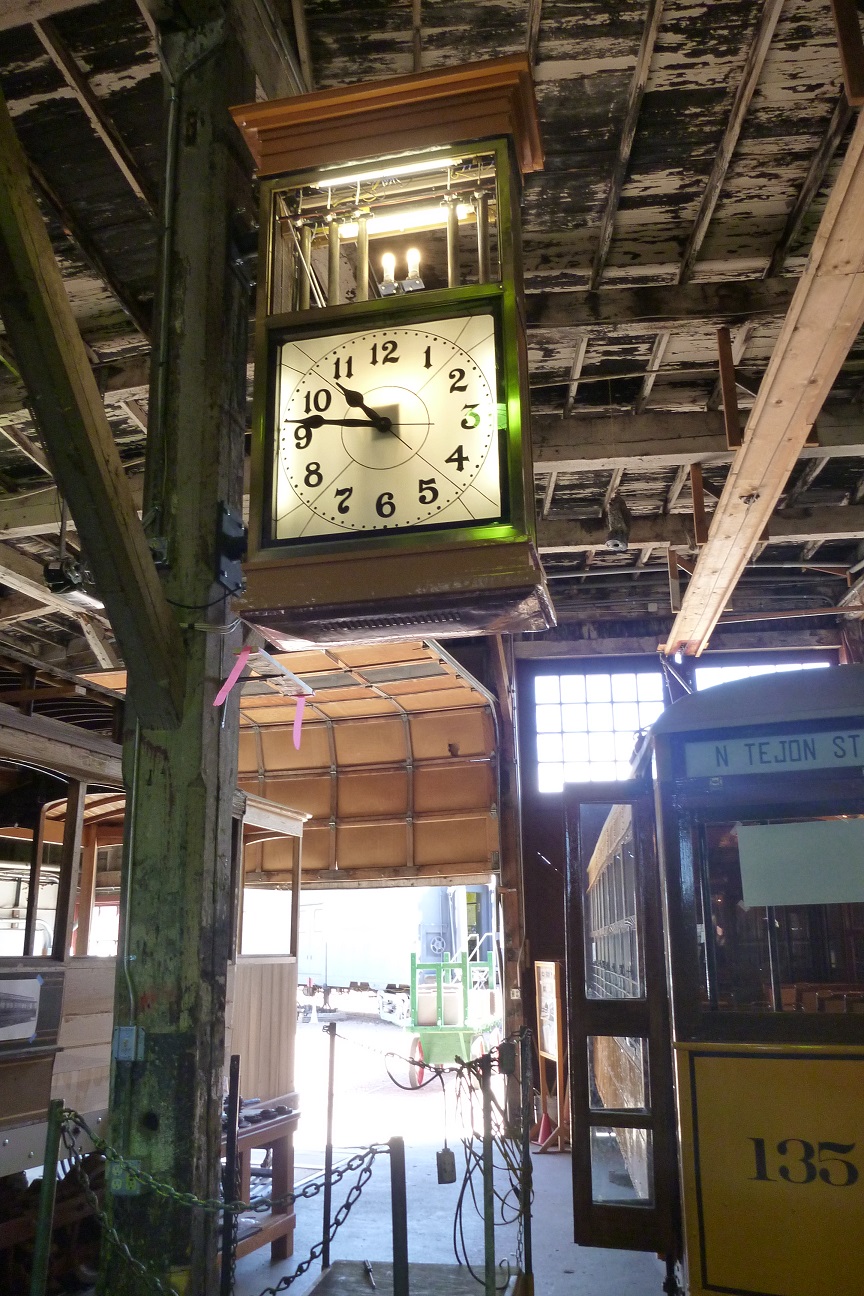 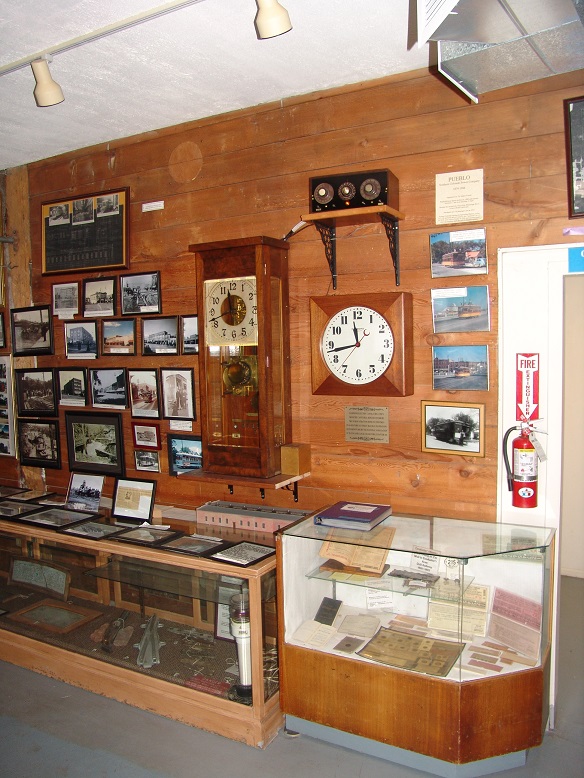 The restoration project is complete.  We had a wonderful day as we all collectively celebrated the completion of the repair and restoration of the McClintock clock. Follow this link to see the clock chiming on Saturday April 28th at 12:00 noon.  Everyone enjoyed the opportunity to formally recognize the extraordinary volunteer work done by our joint work force. The staff at the museum did a fantastic job in pulling together a memorable celebration. The sheet cake made especially for this celebration is especially appreciated as it was tailored to the clock to the museum and all the work involved in the restoration of this unique clock.  Follow this link to see the cake distributed.   Over the past 3 years there were over 3000 man hours donated to complete this project. The street clock(s) and master clock have found a permanent home.

Click HERE for a detailed Look at the project. 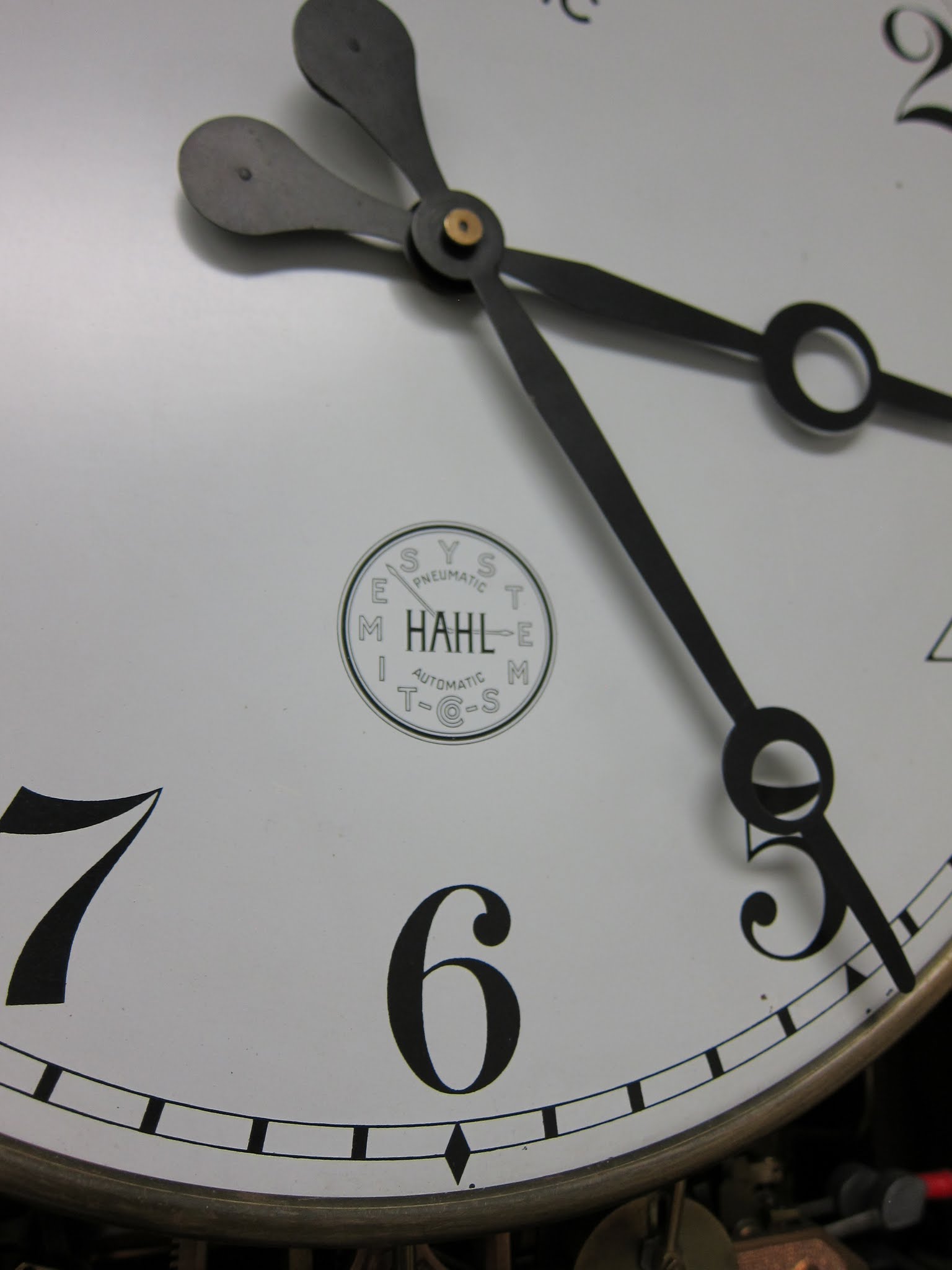 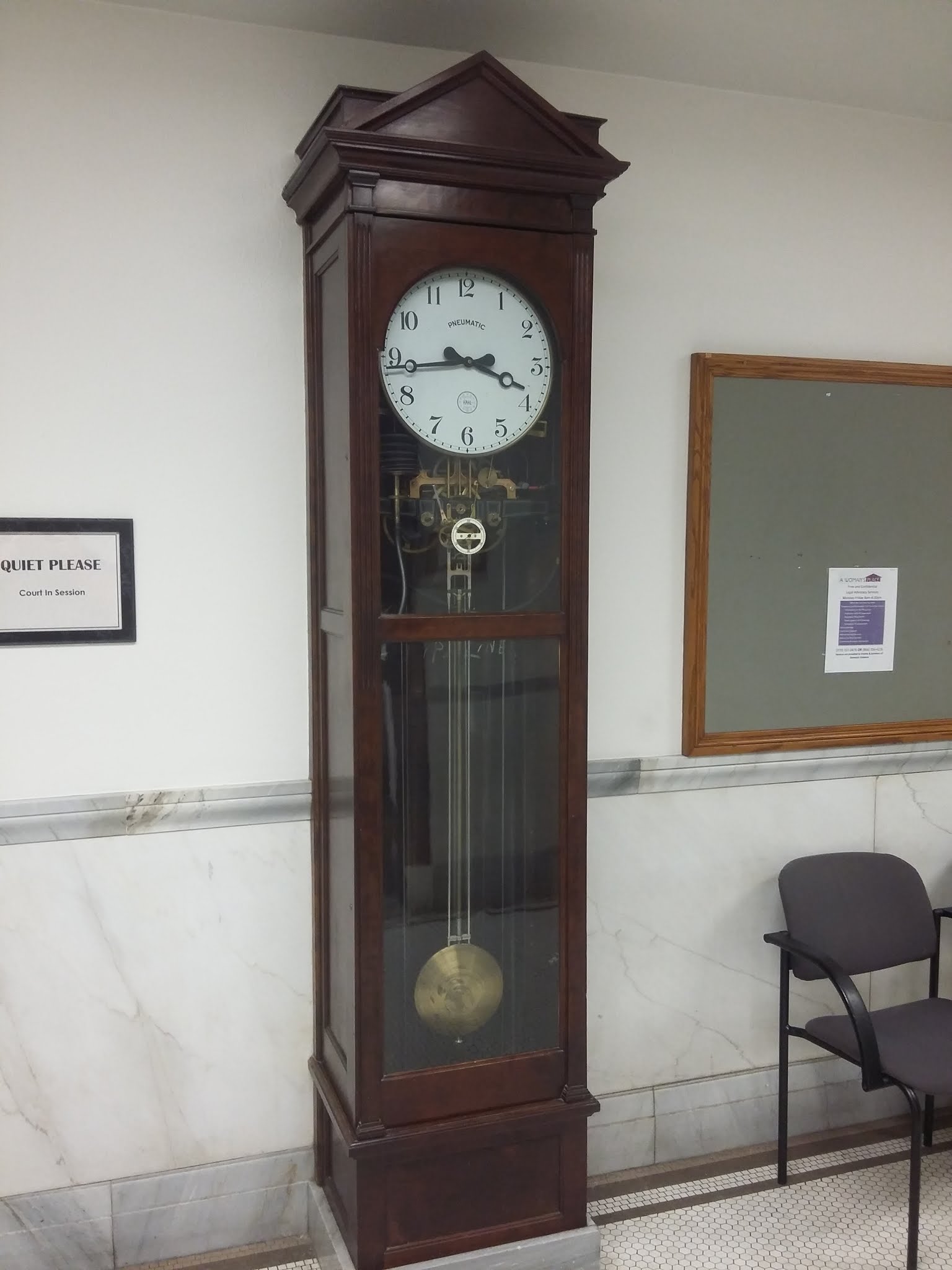 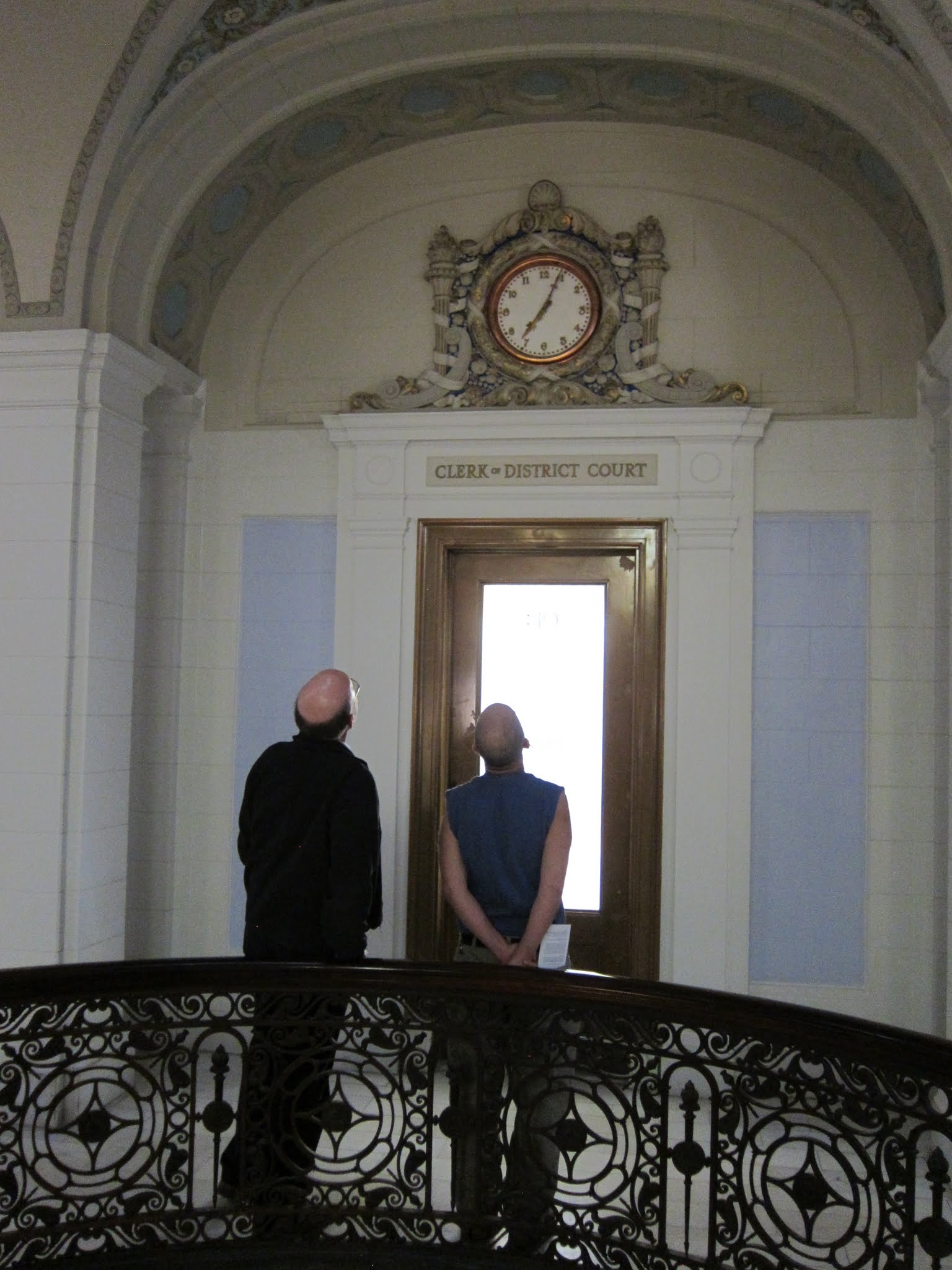 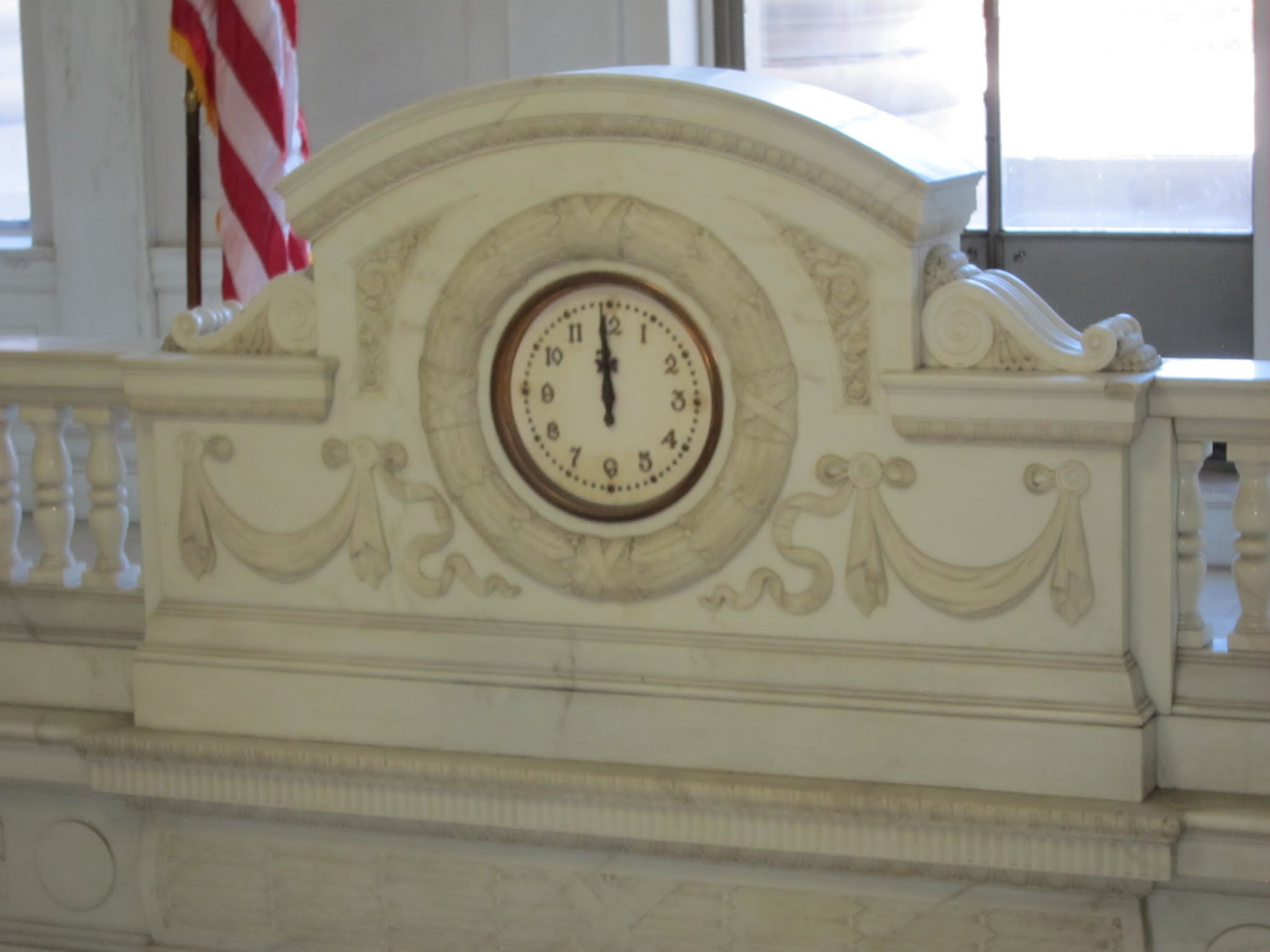 The Greeley Courthouse has a Hahl Pneumatic clock system with a master and 7 secondary clocks. They are getting ready to celebrate the courthouse's 100th anniversary this year, and would like to see if they can get the clock system working again. Apparently, it was restored a few years ago, but has failed again.

Chapter 21 has been asked to rebuild this clock.  The chapter solicited members who are interested in servicing this clock.  To date there are about 10 members who have given their time and effort.  A site visit occurred in March 2017.

Project Pictures.  With more pictures of the clocks:  Hahl Clock .

A chronological history of the process can be found at:  Repair History 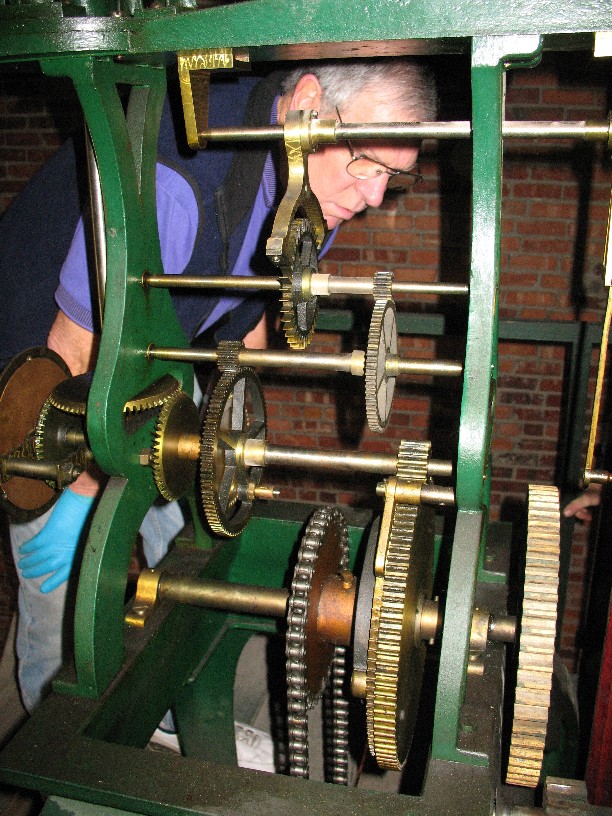 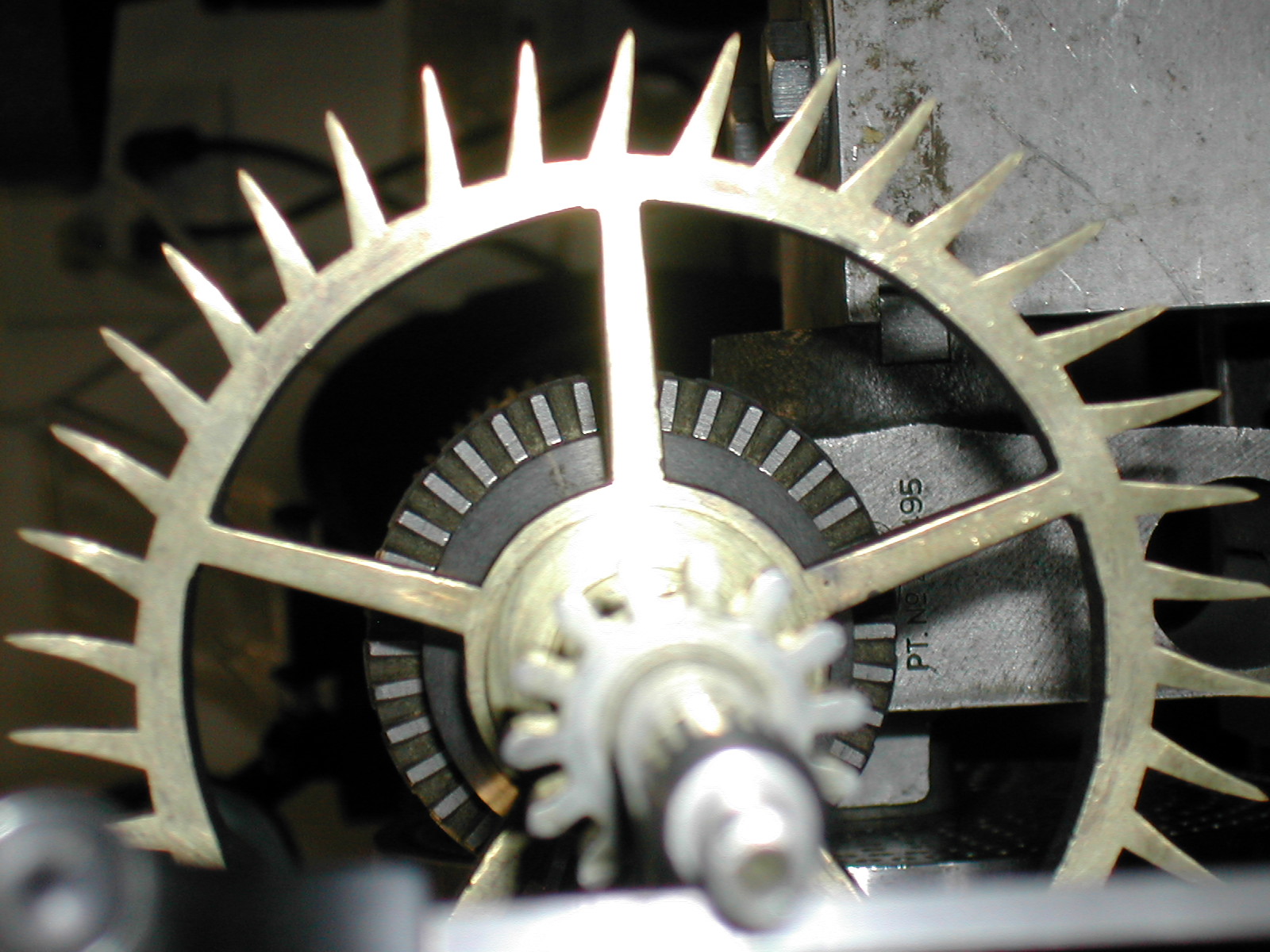 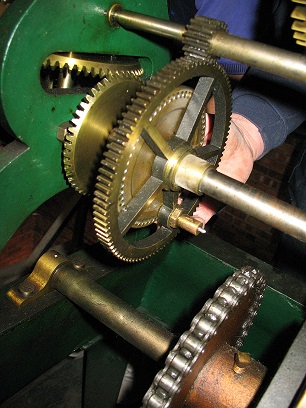 Ongoing Chapter Project.  East and South High School tower clocks. These two clocks were repaired, cleaned, and adjusted by Chapter 21 members.  Most of these members, this was the 1st time they had a chance to work on such a large mechanism. As stated, this is an ongoing project. Steve Forgy is the project coordinator.  The chapter still visits these clocks at least 2 times per year for time changes and periodic maintenance.

In the fall of 2005 the chapter found out about the East High School clock not working.  The alumni association contacted the chapter to see if they were interested in repairing this historic time piece.  The goal was to have the clock running by graduation in May 2013.

This year like in previous years chapter 21 is proud to be the caretaker of an E. Howard tower clock located at the East High School in Denver Colorado. In 2005 members from the chapter including Gerry Spann, John Bartos, Steve Forgy, Scott Swartz, & Mike Korn lead a group of repairman aimed to get that "old clock" working again. This repair of the 1924 land mark ended up on the local news station in Denver. This short segment on the repair of this clock can be found at: News4 Video and again in 2016 on 9News. There was also a musical video made of the repair: Musical Video.