Our Regional will be held on July 30 and July 31. It will be at the Boulder County fairgrounds, the same location where the Strawberry Festival has been held in the past.

The Regional which was held on June 14th and 15th was a success. Sixty to 70 public participants as well as ember of the Chapter attended the two-day event. Ten people were from out-of-state representing Florida, Missouri, Kansas and Nebraska. Scroll down to see a few photos.

This year’s Rocky Mountain Regional was a big success.  The mart room was sold out.  There were more watch vendors than in previous years.  Vendors came from all over the Western United States.  People from Montana, California, Iowa, and all around Colorado.  The common statement from the out of state vendors was “This is always a good show for me.  The event is run well and everyone is friendly”.  Don’t forget, next year’s regional will be in June 2019.  Save the Date”!

A special thanks goes to:

As mentioned the mart room was full.  The activity level was high from the very beginning of the mart on Friday to the Saturday ending.  Speaking to the many vendors, they said the activity was active and thought it was very beneficial that they had a table at this years regional.  Other highlights of the 2018 version of the regional included a very interesting presentation by R.T. Custer from the Vortic Watch Company located in Fort Collins, Colorado.  He gave an interesting talk on how his company evolved and how his production processes.  For more information on the content of his talk go to Vortic Watch Company

The breakfast as always was well attended.  Tim Orr or local regional officer gave an upbeat talk on the status of the national organization.  He also presented Terry Jones with his Fellow award.  Terry is well deserving of this award and it has been a long time coming.  Follow this link for Terry’s Presentation Letter.

Click Here for more images of the event.  Credit Randy Schneider and David Gies for the mart pictures.

We had another great regional this year.  Terry Jones continues to administer a great event.  We had buyers and sellers from all over the United States in attendance as usual.  We had presentations from Tim Orr or National Representative and a very good display.

Interesting this year we had an increase in walk up registrations than any regional in the modern era.  We had three times the number of people who are interested in clocks, watches, and horology in general.

On Friday, Tim Orr, our regional rep gave an interesting talk on “The Longitude of Mystery Solved”.  Saturday the members were treated to a country style breakfast with remarks by Charles Daldry our president and Tim Orr our NAWCC director.  Later in the day, Tim Schultz provided a video on “All About Clock Repair”.  A full weekend was had by all.

Check out this short video on the mart room.  It was late in the day and still there was an energy in the mart room that is great to see -> Mart Room Video .  Thanks to Tim Schultz of Boulder Chapter 160 for these pictures -> More Pictures
———————-

A display of sketches from Archie Perkins 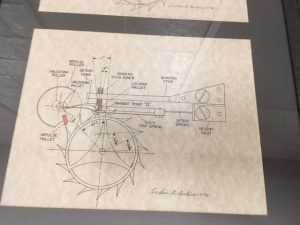 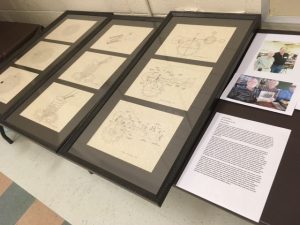 A special thanks goes to these regional volunteers 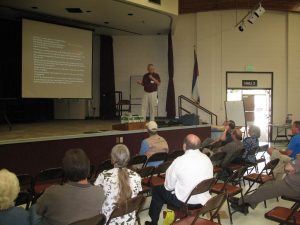 The regional has presentations, a massive mart room filled with clocks, watches, tools, you name it.  A breakfast is available on Saturday mornings for all who wish to attend.  Preregistration is required.

Interested in more information about the NAWCC Rocky Mountain Regional?

Send Us a Note, we will be glad to tell you more about it.